The instructions for Makuta Spriah are a bit of a puzzle. Spiriah is not a set per se, but a combiner. A sort of emergent toy that results when smaller sets are combined. All canonical combiners fail to use all the parts from the component sets, but Spiriah is egregious in its squandering. Four sets are used to produce a figure that is only slightly more imposing and involved than any singleton.
In any case, a companion figure is indicated in the instruction, but is not identified. The design is less thorough than the typical Bionicle and seems to be an afterthought. Rather than be party to LEGO's ploy to buy more toys I have cobbled together this incidental figure from spare parts. The main difficulty was reproducing the torso, the one element I did not have in supply.

Here is the part in question: 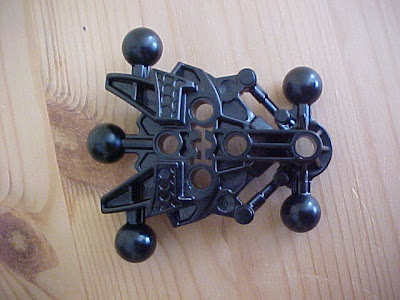 and here is my attempt to reproduce it: 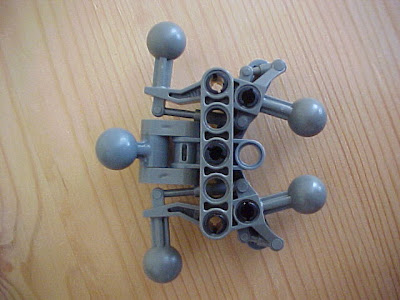 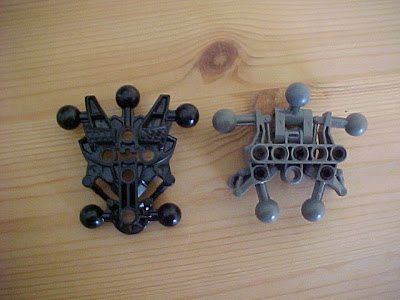 The result is clearly imperfect but given the lackadaisical original design, I think I can forgive myself.

PS: It turns out that the parts can be rearranged to produce a better result. Here is the assembled imp: 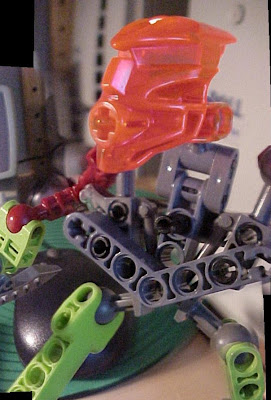